It's about the Victims, not Tribalism 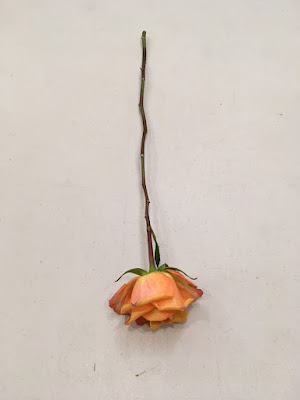 This is a post from Oct. 30, 2008, in the wake of the first testimony published by former US Nuncio Archbishop Viganò who called for the Vatican to reveal who was responsible for protecting and elevating abusers such as the former cardinal, Theodore McCarrick. I combined two of my posts and published them here today.

Life in America has been getting pretty tribal, probably thanks to my generation, the Gen Xers who love their friends over all else, including our Facebook friends. Catholics have always been tribal, and it’s tempting to put tribe over all in most situations. But this situation--the McCarrick crisis and Viganò’s revelations--are a moment when we need to look beyond tribalism and beyond Americanism. Catholic is a global religion and this is a universal family crisis, and rooting out this corruption needs all of our voices.
Why? Because of the victims. The predator McCarrick didn’t quiz his victims on their orthodoxy, liberalism, or political views. He was an equal-opportunity predator who degraded his victims without regard for our precious tribal loyalties. Those who shielded him from Church discipline were equally unconcerned.
Some of you are discounting Viganò because he’s from the wrong tribe -- in this case, conservative, insofar as a diplomat can be considered to fit into any American categories. But who are the other few heroes in this mess so far?

An ex-priest liberal investigator who never gave up digging, over decades of being ignored. An ex-Catholic contrarian journalist who wouldn’t let go of the story. And the courageous victims who went on the record, most of them ex-Catholic, some of them openly gay, but sick of the lies. And the fringe journalists of the traditionalist wing who told the truth to mostly-deaf ears and were thrown out of the Catholic mainstream in response. That’s an odd coalition, worthy of a Hollywood screenplay. Most of these people were in nobody’s tribe. But they told the truth. And they were right.
My friend Rebecca Bratten Weiss said that in this mess of confusion, she is clear on one thing: standing with the victims. I agree. Now is not the moment to shoot down a courageous witness because he’s from the wrong side of the aisle. He’s backing up the victims. He’s throwing us information we can use. Don’t stop listening because you “don’t trust the source.” The question now is the same question that motivated these independent marginalized investigators. The question we should all be asking, “But is it the truth?”
If it is, we have to follow up on it. Together. I have had enough of false prophets who prophesy, “Peace, peace. Policies are in place. The future will be different.”
But the victims still mourn. Are the perpetrators and their protectors still in power? When will justice be done, in Christ’s Church? We need to fight for the Bride, our Mother Church. Because no matter what our tribe, we are all her children.

The whole point of the testimony of Archbishop Viganò is to obtain justice for the victims. The timing is significant. After the McCarrick revelations, the media and the laity were justifiably asking, “Who allowed this predator to continue in office?” Pope Francis and the Curia took away the cardinal’s hat from McCarrick but did NOT open an investigation to find out. In fact, the week of August 20th, in his “Letter to the People of God,” Pope Francis indicated that the ONLY plan he had was to offer prayers and condolences for the victims, but he was not going to look into why the scandal happened. His letter would have been the perfect juncture to open an investigation, but the Pope did not. This papal statement of Aug 20 was apparently what impelled Vigano to speak out on Aug 22. Viganò is a nuncio, a diplomat. Discretion and secrecy is the hallmark of their profession. If diplomats told everything they know, wars would never stop. So a good diplomat might see a lot, but never say anything, by virtue of their larger goal to help keep the peace. But when he saw that the Pope and the Curia were not inclined to investigate how McCarrick could have preyed on hundreds of young men for several decades, Viganò spoke out. That is why his letter contains statements like, “Before God,” and “my conscience dictates” because he knows he will have to answer to God for all he heard and saw. He wants justice for the victims. He does not want them to keep wondering why the Church hides predators.


Viganò knows that the men who protected McCarrick are powerful. He knows they have the ability to make even a disciplinary censure by Pope Benedict disappear. He implies that when Pope Benedict saw that his sanctions on McCarrick had no effect whatsoever, Benedict resigned, seeing his power was impotent. The only thing these men fear is light. Viganò had experienced this when he started asking where all the money was going when he worked in Vatican finance. His testimony is not addressed to the Pope or the Vatican. It is addressed to the world, to us. Because he felt that we had a right to know.


Viganò came to the United States as a diplomat, and lived here for many years as an outside observer. He read the testimonies of victims. He passed them on to higher ups, urging them to take action. He felt the frustration of victims and their families putting their pain on paper and sending it to the Vatican only to see it disappear into the black box that is the Curia. Now, at the end of his life, when the Curia is ready to wait out the news cycle once again in order to continue business as usual, he has chosen to buck all diplomatic tradition and act. He names names. He points fingers. He is saying, “Laity, if you want to know who knew about McCarrick, here’s who I know that knew.”
Is Viganò a Francis hater? Does he expect Pope Francis to resign? My hunch is, probably not. But he wanted to get the Holy Father’s attention. His message was: Investigate this. Don’t let this one go by. The conspiracy of silence needs to end. The people need to have their faith in Christ’s Church restored. Don’t miss this moment, Holy Father.
Email Post