Christian Manga: Many Are Called... 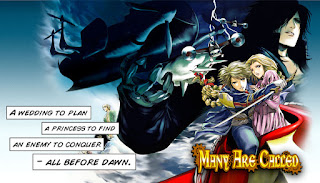 As a longtime Christian, I've seen LOTS of retellings of Christ's parables, and I'm sort of used to how the storyline of such retellings goes. No surprises, heavy morals.

If that's true for you as well, I invite you to experience MANY ARE CALLED.

This offbeat steampunk manga is a compilation of Christ's parables of the End Times like you've never seen them before. Think the parables of Ten Bridemaids plus the Two Servants. Plus the overarching narrative of The Parable of the Banquet. And oh yeah, there's a villain and a lost princess as well. And a prince and his loving Father who remind us greatly of ... well, you can guess.

Now, a disclaimer. I'm a professional fiction editor, and I do work for the company which published this book, Manga Hero. However, this book was in prodution when I was first hired so I had nothing to do with its creation.

The narrative, written by Gabrielle Gniewek, is original and inspired. As for the artwork, veteran manga artist Sean Lam tops himself in this highly-detailed rendering. This is manga at its best: showy, gritty, flash and fire. 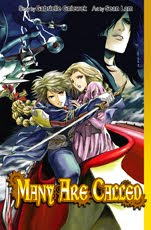 Sure, there's a message: what parable doesn't have a message? But instead of snatching at trying to be "relevant," the creators keep the message timeless, as Christ would have wanted it. They allow the parable to speak for itself. "Many are called: few are chosen." Sad, but true.

If you (or someone you know) can't get enough of the Japanese-inspired comic books called manga, check this one out. You'll be in for some nice surprises. In particular, I liked the obscure but tantalizing glimpses of Christ and his apostles in the frame of the story, including two Sons of Thunder and a eyeglass-wearing Apostle Matthew. If Gniewek and Lam revisit Christ's parables in manga form again, I hope we'll see more of them.

MangaHero is known for their comic book series on the apostle Paul and the Biblical heroine Judith, as well as for their recent comic on Pope Benedict XVI (read it online for free!). You can find more of their books at www.mangahero.com and you can ask for the book at your local Christian bookstore or order it on Amazon.

So as we head back to school this fall, keep your eye out for this new book! Speaking of school, teachers, parents, religious eduction directors, youth group leaders, anyone who works with Christian youth: MANY ARE CALLED is one manga comic you've got to get your hands on!

Mary said…
I know you aren't supposed to judge a book by its cover- but I do it all the time. This looks so cool! I will have to check it out.